A Day in the Temple

These are some of the pictures, and diagrams to help in your understanding of the services of a day. There were three major courtyards, the Outer Court or Rehov, two major Inner Courts surrounded by a low stone wall known as the Soreg. Within the Soreg were steps leading up to a platform that surrounded the Inner Courtyards known as the Cheil (10 cubits wide). The first of the Inner Courtyards was known as the Court of the Women (Ezrat Nashim). Fifteen steps led up to the most important and highest level courtyard known as the Azarah. Within this courtyard were two sub-courtyards, the Court of Israel (Ezrat Yisrael) and the Court of the Priests (Ezrat Kohanim). Between the two sub-courtyards there was a platform with 3 steps known as the Dukhan where the Levitical Choir and musicians stood. Within the Ezrat Kohanim was the Altar and Ramp, as well as the Slaughterhouse. There were 12 steps that led up to the Temple Building. The Temple Building had three major parts, The Ulam or Porch, the haKodesh or Holy Place, and the Kodesh haKodashim (Holy of Holies). The Ulam had an entrance that was 8 stories high. There was a veil over this known as the "Heavens." Within the haKodesh (Holy Place) was the Menorah (south), the Mizbeiach Zahav (Golden altar of Incense - west), and Shulchan Lechhem haPanim (Bread of the Face - north). Between the haKodesh and Kodesh haKodashim were two veils known as the Parochet. Above the haKodesh and Kodesh haKodashim with two rooms of the same dimensions with a single veil between them. Around the haKodesh and Kodesh haKodashim in three floors were 38 small offices known as the Taim. There were 13 gates into the Azarah. Four on the south, three on the east, four on the north, and two on the west. The corner buildings were 100 coubits deep and 50 cubits wide. Two of the four gates on the south ran through these buildings and two of the gates on the north ran through these buildings. The size of the middle gates on the south and north were 50 cubits deep. Behind the Temple building there was a building (100 by 50 cubits) known as the Parbar, Gizrah, and Gerar in different texts. 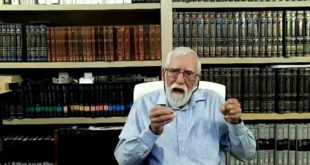 Non-Jews and the Torah Part 3 – Chavurah